Showing posts from July, 2014
Show all

Putin, at 85 percent approval (or higher, depending on source), is the most popular leader in Europe among his voters. Though we know he controls the media and crushes opposition, he really doesn't care what the West does or doesn't do. He's even used the sanctions as proof that the West is out to destroy Russia.

It wouldn't matter who sat in the Oval Office. Putin's Russia is, as he says, "Trying to right a horrible wrong." Pride and honor are at stake, not international norms. And, in the end, Russian oil and gas are needed by many nations in the region -- at least for now -- and that gives Russia leverage.

The sad reality... there is not much Pres. Obama or anyone can do to change Putin's worldview. Sanctions, harsh words, none of those things will matter to Moscow. And China will be more than happy to support Putin's Russia.

When we try to understand the world through "American" or "Western" eyes, we miss that other economi…
Post a Comment
Read more

The rich are different—they're "smarter"

The rich are not "smarter" as the following headline suggests — but they do attend elite universities and major in the more demanding academic fields.

When this article appeared in May, I was winding down my first year at an elite institution, in its business school. If many of my students are destined for wealth, is it because they are smarter, more gifted, harder working, born to the right families? What is it that takes someone from the middle-class (or nothing) to extreme wealth?

Economist Paul Krugman recently wrote that the multibillion-dollar salaries of top hedge fund managers proved that education plays little role in the growing wealth gap. The rich get rich, he said, because of the "runaway financial system" and investors making money from money. "Modern inequality isn't about graduates,&q…
Post a Comment
Read more 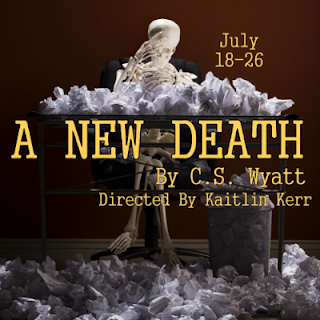 This is why I haven't been blogging a lot this summer. I've been working on several new plays…