Showing posts from March, 2017
Show all

The Price of Progressive Policies - Technocracy 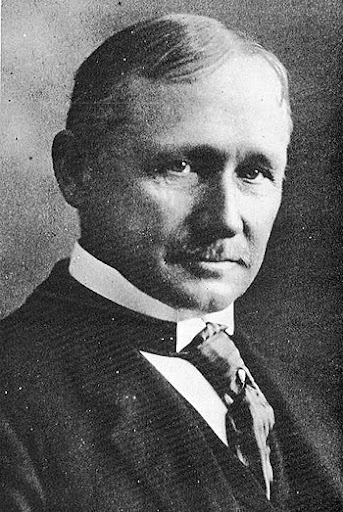 Frederick Winslow Taylor (Photo credit: Wikipedia) During the Progressive Era from the 1865-1935, the "progressive movement" supported eugenics and other "scientific" methods for improving the societies of humans. The rush to embrace the new and improved — the future — blinded many progressive thinkers from the risks of their ideology. They foresaw a technocratic class in charge of government, rule of the educated class. Like today, they wanted to ban unhealthy activities (Prohibition) and demand people accept the regulatory power of experts.

The caricature of the right, that it wished to go backwards, was and is generally inaccurate. Instead, most conservatives simply wanted to move ahead cautiously and with a conservative skepticism of the experts. Looking back now, the conservatives were right about more than a few things the Progressives promoted.

We should realize from experience that there is no one, universal, predictable path forward for any community.…
Post a Comment
Read more

Your Meme Won't Change Me (or anyone else)

By Unknown - March 03, 2017
Facebook "memes" are among the least and most effective rhetorical devices in use. They are ineffective at changing ideas or winning arguments. They are extremely effective at ensuring your community perceives you as a loyal member, and they reinforce the dominant values and positions in the community.

The memes get more and more extreme as people seek to prove just how much they hate the opposing camp. The claims about the values and authenticity of the opposition also trend towards absolute dismissal and discounting of any genuine differences.

Republicans become thugs and fascists. Democrats become communists. Both sides argue the other represents "real" fascist and authoritarianism. The reality is, there aren't many radicals in the United States. Most voters are centrists.

Social media posts from left and right are demonstrating absolutist stupidity in many of these threads. Conservatives and libertarians are neither extreme anarchists nor fascists. (A…
Post a Comment
Read more
More posts