Showing posts from August, 2015
Show all

Fascist! The Left-Right Spectrum Is Bogus

It's the insult that's separated enough from "Nazi!" that it remains popular on blogs, in columns, and even within books claiming to be scholarly. Books claim to identify liberal fascism, conservative fascism, and I am fairly certain there must be a book about moderate fascism.

The problem is that left-right political dichotomies fail to appreciate that political theories and governmental systems overlap and intertwine. American liberals and progressives point to the nationalistic and "traditional values" of Italian Fascism to claim all fascists are of the right. American conservatives and libertarians emphasize the origins of the Italian fascist movement from within unions and socialist organizations to claim all fascists are of the left.

As professor Crispin Sartwell writes:
The left-right spectrum is often characterized in terms of two extreme poles. One way to see that this is incoherent is that these poles can be defined in mutually incom…
Post a Comment
Read more

Uber Is NOT the Problem

Stop complaining about how unfair Uber is, social justice crusaders.

Simple market truth: Uber would not thrive if public transit, mass transit in various forms, and licensed providers such as taxis were good enough to meet market demands.

Don't complain about Uber not having to comply with the Americans with Disabilities Act and other regulations while mass transit must.

Think about what these complaints reveal: mass transit, with all that it must do to comply with laws, regulations, and union contracts doesn't have many happy supporters. Why is that? If the rules are so wonderful, why does anyone want an Uber or a Lyft? Why is Zipcar rising in popularity?

Mass transit works in densely populated, geographically small areas. That's not most of the United States, with two-thirds of us living in suburban or rural communities.

I support public transit. In fact, I believe public transit, by its natures, should be free to use because the benefits are shared in the comm…
Post a Comment
Read more 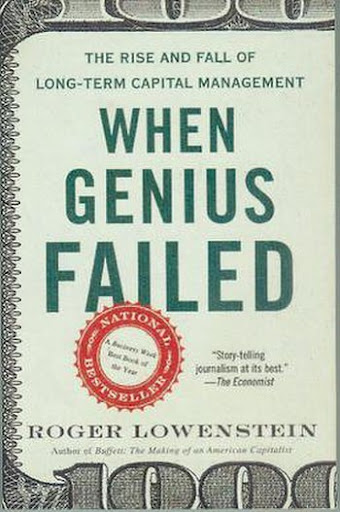 Notice I use the word investing, not speculating.
NOTE: I am not an investment adviser or broker and this blog post is meant only as an overview of basic investment research and theory within the academic discipline of economics. If you want investment advice, talk to a financial professional and your retirement planning specialist.  In 1973, Burton Malkiel published the seminal work on efficient market theory, A Random Walk down Wall Street. If you had invested $100,000 that year in a broad, large-cap index fund and held it for the next 30 to 40 years, you would have earned better returns than if you had invested with more than 85 percent of active fund managers. Not by just a little bit, either. According to Charles Wheelan's Naked Economics, you could have outpaced the "stock pickers" by $140,000 with a simple S&P 500 index fund.

By Unknown - August 07, 2015
The simplistic, and intentionally misleading, discussions of "libertarians" and classical liberalism tend to paint all libertarians as "anti-government." These popular caricatures of libertarians appear in various "progressive" publications and on many websites. The common theme is if libertarianism worked, Somalia or {insert lawless nation here} would be libertarian paradise. Yet, libertarianism requires functioning courts, enforceable laws, and the planning of some shared commons. If contracts don't matter, if you can take my life without consequence, if we can't travel across territories, then we don't have individual freedom or commercial markets.

You can find these high-school level analyses equating Somalia with libertarianism easily online without my help; these are works I'd never accept from my college students. It's no better when classical liberals caricature progressives as uncritical supporters of all big government. Mos…
Post a Comment
Read more

These are the things people associate with economic bubbles.

Ask most people and they will tell you a bubble is when people pay more for a thing than it is worth in a reasonable market. That's a simple model for demand bubbles, but not the complete picture.

For many quantitative economists, the basic bubble is the speculative, positive price variance bubble. But, there are also negative bubbles, when pricing collapses yet producers continue to believe demand (and prices) will soon increase offset the oversupply. These are deflationary gluts.

Bubbles, positive and negative, occur when the market price for any good or service rapidly departs from the long-term median trend of price stability.